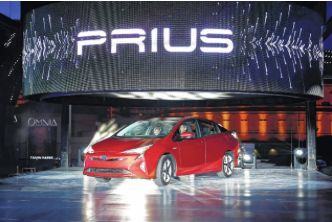 Propelled by low gas prices, Americans rushed to auto dealers last year and sent sales of cars and trucks to a record high. Left in their wake was this roadkill: alternative-fuel vehicles. Promoters of all-electric and hybrid models had hoped this finally would be the era when Americans turned over a new (Nissan) Leaf, or perhaps Toyota Prius, and rejected traditional gas-guzzlers. However, automakers’ 2015 figures released this week suggest the green-car revolution will be postponed for lack of a driving interest; Nissan reported sales of the Leaf electric car sank 43 percent last year to around 17,000, according to AP auto writer Dee-Ann Durbin. Likewise, sales of subcompact cars were subpar. Read more